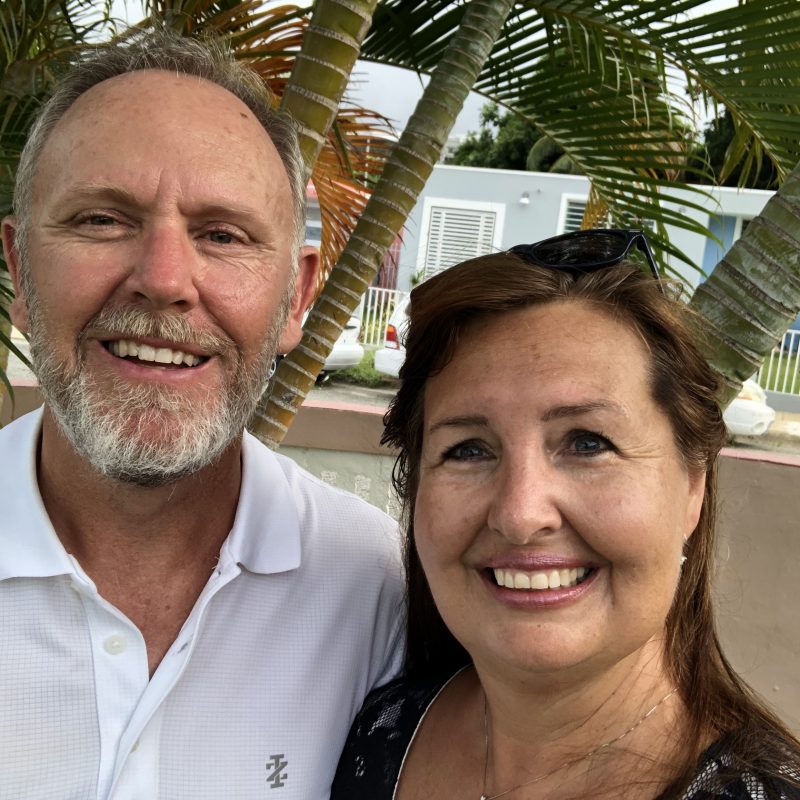 After Bob & Karon were married, they worked in an internship in Chicago and then spent 4 years at Mayfair Bible Church in Flushing, where Bob served as youth pastor for 1 1/2 years. In 1991 they moved to the Barcelona area and helped to start Ripollet Bible Church. The second church plant established was in the south of Spain. In 2002 the Lord led them to Luquillo, Puerto Rico where the Luquillo Bible Church was planted. They are involved in hospitality, discipleship, evangelism, and training leaders as well as the different church meetings. In January of 2021 they started an English speaking service as well and Bob is starting a ministry with interns and young pastors. He is seeking to help the next generation of leaders. Their daughter Elyssa is a missionary with BMW. Their son Daniel, is married, with 3 children, and is working on his M.D. Their youngest, Jonathan has excelled in harp and is considering going into missions.